Gordon Corrigan was commissioned from the Royal Military Academy Sandhurst in 1962 and was an officer of the permanent cadre of the Royal Gurkha Rifles before leaving the army in 1998. He served mainly in the Far East but also in Cyprus, Berlin, Belize and Northern Ireland. His last posting was as Commanding Officer of the Gurkha Centre, training recruits for the Brigade of Gurkhas and running courses for the Brigade. He is now a professional historian.

Major Corrigan has presented five series on various aspects of military history. He has conducted military history study tours in France, Belgium, Germany, Italy, Holland, Spain, Portugal, India, Nepal, Pakistan, Egypt, Libya and Tunisia. He is a regular lecturer on cruises with Noble Caledonia and Silver Sea and on rail journeys in Russia and Central Asia with GW Travel plus has lectured in the United States.

He is an Honorary Research Fellow of the Universities of Birmingham and Kent, a Fellow of the Royal Asiatic Society, a Member of the British Commission for Military History and a Liveryman of the Worshipful Company of Farriers. His interests include playing polo, long lunches and the Times crossword, not necessarily in that order. 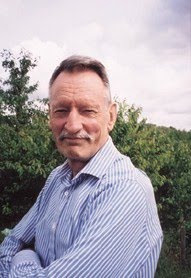